The spread sheet for calculating this, kindly provided by Wessex Water, one of the UK’s leading water supply companies, is available here:
This spread sheet enables you to calculate power needed to pump water any distance through any height:
http://tx1.fcomet.com/~claverto/cms/?dl_name=Pipe_Headloss__Power_calculator.xls
You can see that in fact, compared to national energy consumptions, power consumed is only a very low fraction of national demand.
For example, according to the spread sheet, the energy needed to pump the entire water consumption of Wessex Water, one of the UK’s regional water companies, with  approximately 2m population, (out of UK’s population of approx 60 million),  assuming a lift of 100m, a distance of 300 miles, a 3 m a pipe, would require about 7.3 MW and cost about $10m dollars/y – which are quite small numbers in the total context when  compared to the total average power consumption of the UK which is about 37,000 MW
This shows it would be perfectly feasible to pump sea water large distances into China’s deserts, and desalinate it using cheap solar greenhouses, where the water can be used for agriculture and to stabilise the ever growing Chinese deserts.
See also: http://tx1.fcomet.com/~claverto/cms/the-sahara-forest-project-%e2%80%93-a-new-source-of-fresh-water-food-and-energy.html
and
http://tx1.fcomet.com/~claverto/cms/desert-rose-project-trees-water-and-food-and-fuel-maybe-from-the-desert.html
and
http://tx1.fcomet.com/~claverto/cms/first-section-of-the-11-mwe-abengoa-concentrating-solar-power-plant.html
Also notes on pumping and pumping efficiency are at:
http://tx1.fcomet.com/~claverto/cms/download/309/
(If you are interested in this, then you will probably be interestede in:
“ADRECS – How To Rapidly Convert The Central Deserts Of China To Agricultural Regions Producing Huge Amounts Of Renewable Energy For Europe
http://tx1.fcomet.com/~claverto/cms/how-to-rapidly-convert-the-central-deserts-of-china-to-agricultural-regions-producing-huge-amounts-of-renewable-energy-for-europe.html

(The wetted perimeter is the perimeter of the cross sectional area that is “wet”, i.e in contact with the pipe)

The Reynolds number may be described as the ratio of inertial forces to viscous forces and, consequently, it quantifies the relative importance of these two types of forces for given flow conditions

The transition between laminar and turbulent flow in circular pipes is generally accepted to be at about Re = 2300. Avoid any pipe configuration within the range 2000 to 3000 to ensure the flow is either fully laminar or fully turbulent.

For liquids with high Reynolds number you can use the Colebrooke & White formula for turbulent flow: –

As you try narrower pipes, the friction head rises sharply.

Cash boost for alternative energy – Phys. Technol., Vol. 9, 1978 and how the UK lost the race to be a major wind energy producer

A note about defamation 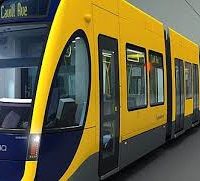 Where Does The Wind Come From – And How Much Is There?

15 comments on “Pumping Power calculator – what power is needed to pump seawater to the middle of the Gobi Desert for desalination in the SeaWater Greenhouse? – answer – not a lot”

Leave a Reply to Engr J B Pelemo Cancel reply 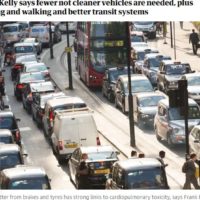 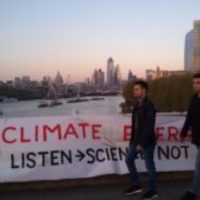 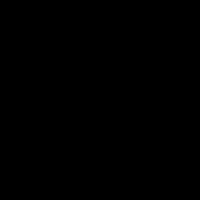